Most of us are dreaming about to drive a Formula One car – luckily it’s not an impossible dream, thanks to a former racer who is now a businessman, called Johan Rajamäki. The Finnish gentleman was racing in several international series and in 1996 he almost became the 10th Swedish Formula One driver, but sadly he never made it to the grid. But Mr. Rajamäki didn’t give up his dreams and now he owns a very special „racing team”.

-What was the moment when you decided that you want to be a racing driver?

-I was about 12 years old. We moved to Karlskoga when I was young. There was a racing track and I was just corious what’s going on there, you know. So I went to see the track which was 17 kilometres away where I lived – so I ride there on my bicycle.

“It just hit me so hard and I realized what I want to do in my life.” 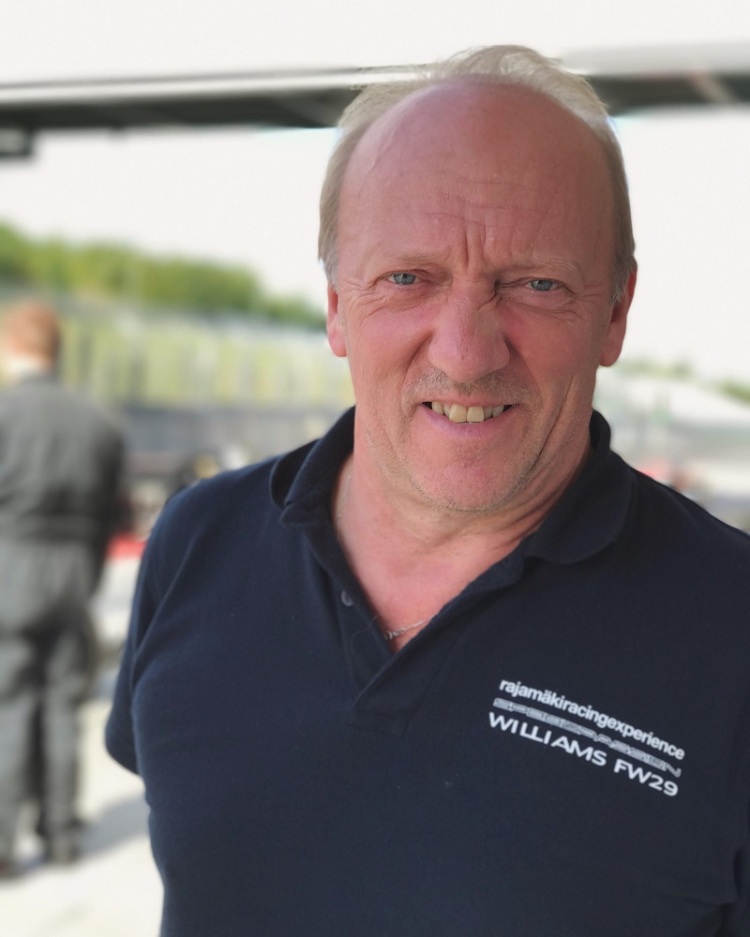 -What was your parents’ opinion, how much were they supportive?

-My parents supported me with transportation to go-kart tracks, and it was a good and helpful support from them when I was young.

-Finding sponsors is a very crucial thing in autosport especially for young drivers. Back to then, how much was it hard for you?

-In those days this was very difficult, especially for me because I really didn’t know what sponsor was meaning exactly, but I got support from my parents, then I started the real racing – I mean single seaters or whatever you call it – then I needed to have sponsors, yeah. But it was difficult.

-Did you managed yourself?

“I’ve been always been my own manager, I owe a racing team, so yeah. I have to stand up on myself.”

-In 1996 you got a possibility from a Formula One team, called Arrows.

-Yeah, I did some testing for Arrows back in the nineties. I was racing in the BOSS Series with Arrows Sports, and I had some good support from the factory as well so I’m pleased to that.

-But finally you didn’t make it to the Formula One grid.

-Yeah, the problem was to find the rest of the money for the real, big test and racing. It was a lacking of money. I needed a quite a lot of money to do that one.

-How much was cheaper Formula One then as now?

-It was a little bit cheaper but not so cheap anyway.

–What was your favorite moment in your racing career, what are you proud of the most?

-Well, the best was when I won the BOSS Series back in 1996 in UK – it was a UK Championship then, I had an Arrows F1 car. And when I won the European Champion International Series in ’94 – also with a Formula One car because of the special regulations. Of course I won lot of races but these memories are the nicest. 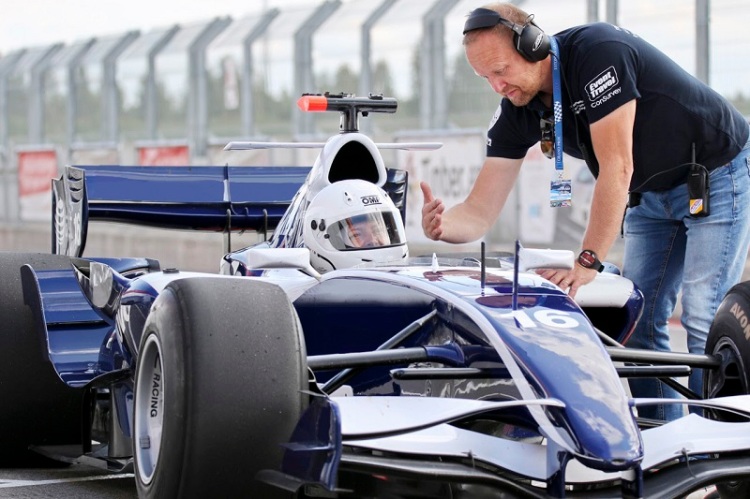 -If I have a correct information in 1997 you started your own business, the Rajamaki Racing Experience.

– Yes, that’s right. It was more or less a thing, what just came true. Because I had a sponsor and we made a garage porch for Crawford – they also sponsored me when I was racing in European Champion International Series from 1994 to 1996 – and exactly this story was in ’96, when they called and told me that if they can try my F1 car with their clients. Of course I said:

’No way I let you in my Formula One car’

but they asked if I want sponsor money for 1997 and I replied ’of course I want’, so they say ’okay, then let us drive’. (laugh) So that’s how it started – they want to try it out, they were running with my car and it worked very well, so I bought an other car and I started the business in that way. That’s a good business, right? (laugh)

-So the first Formula One car what you bought was the Arrows from 1994?

-And which was the second one?

-Exactly, we have two of them.

-We have done some modifications, we took some power off – because it’s a very powerful machine – and we did some changes on the set up too, put a little more downforce and it makes a little bit softer and easier to drive the car. But it’s still a good racing car.

-What was the biggest accident in the history of Rajamaki Racing Experience?

-Actually it was at the Hungaroring, 7 years ago maybe. We had a Jordan EJ12 from 2002 and we had a guest from Kazakhstan who was actually a racer, and he wanted to go out first with the car to try it out. Of course we told him that he has to wait until the last one because we let amateurs first because ’if you smash the car we don’t have any cars left’.

“But he still insisted that he want to show how to drive it – he showed it, went off at corner 2 on the first lap and destroyed the car, completely.”

-And finally: who was the most popular client you ever had?

-I had a quite a lot, especially drivers but maybe the most famous was Benny Andersson from ABBA.