The dance on the edge of the abyss and its soundtrack: Dutch chart-topping metal outfit Delain have spent the last several years increasingly taking the world by storm, one album at a time. Now, with five successful releases already under their belts, the heavy crossover icons reach new heights with their latest multi-faceted dystopian masterpiece, Apocalypse & Chill. On Apocalypse & Chill, Delain leaves all stereotypes and preconceived notions in the dust – exploring themes of impending doom and human indifference – making this their boldest, most daring and undeniable offering yet. On a cold and foggy Friday evening, we had the opportunity to do an exclusive interview with Charlotte Wessels and Martijn Westerholt about their upcoming release.

MyTouche Blog: What is the message behind the title and the cover of the album?

Charlotte Wessels: So, when you look at the lyrics, but also just the vibe musically, half of them are like really post-apocalyptic and dystopian. On the other hand, there are also nostalgic songs. There’s quite a contrast. It looks like the world’s on fire – no, the world is quite actually on fire. And we all live in the world dominated by social media, and you only see the perfect lives on those platforms. It’s a contradiction, that’s where Apocalypse & Chill came from, and it’s a wordplay on Netflix & Chill which is also very much symbol of the times, you know.

Martijn Westerholt: On the album cover you can see a lady getting a tan, sunbathing and in the background, there’s a city on fire. It’s the same vibe there so it very much supports the theme of the album, it’s very fitting.

MyTouche Blog: As time goes by how much is it hard to keep the original Delain sound?

Martijn Westerholt: That’s not hard at all actually! Because, from our perspective, we don’t plan to write in a certain way. We accept the fact, that we always say “okay, let’s make it even harder, louder and heavier”, but for the rest, we don’t really plan and we just write how we always write. At least, it’s how it feels to me. And of course, when you change as a person also your music automatically evolves as well. But to me, it all fits together and although I don’t wanna deny that this album is – I think – the most diverse album we’ve made so far. A lot of elements in there, but we’ve used those elements before: electronic, orchestral. It’s all well-known stuff to us. (laughs)

MyTouche Blog: What things inspired you the most while you were working on this album?

Charlotte Wessels: Hah, good question! Yeah, for me usually it’s just everyday life, and as I mentioned earlier, the stuff that you worried about, the stuff that occupied your mind or it can also be inspiring just being on your bike towards a songwriting session while the Sun is shining, you know… It puts you in a certain mood. So it really depends on the day but in general, I’m just inspired by the things that are the most occupying in my mind at the time of writing. And most of the time, since we write the three of us, a big part is also just the people whom I write with, so it also takes a very big role.

Martijn Westerholt: Yeah, we inspire each other. That’s the best gift you can give each other. And for me, it’s also just about making music especially when I feel good physically and mentally, then I just start playing…

MyTouche Blog: Beast In Black’s Yannis Papadopoulos had a guest appearance on your upcoming album, and Vengeance is actually turned out a very interesting and exciting song. Could you tell us please that how did the idea of the cooperation come up?

Martijn Westerholt: First of all, it’s kind of in our DNA to have guests in our music. We love to work with guests, it’s always a very rewarding process. So, in general, we like working with guests. In the case of Yannis: we have toured with Sabaton a couple of years ago and he came to a show, and Charlotte talked to him extensively, they kept in touch, and I also kept in touch with Anton, the songwriter of Beast in Black. Somehow I think it was summer, when we played at a festival in Spain and they were playing as well, and during that time we were very much in the process of our album, and we had some material what we thought could really fit for his voice, so we asked him if he would be open to. We gave him this material and asked him to choose something from this material, and he chose the song Vengeance. That’s how it came to be, and I really happy with the result, he is such an insanely talented singer, so yeah, we really happy to have him on this song.

MyTouche Blog: The whole album has a very cool and modern sounding, it a little bit reminds us of the latest Within Temptation album, Resist. Were our first impressions valid, did it have any influence on you?

Martijn Westerholt: Well, of course, my brother writes a lot of Within Temptation stuff together with Sharon.

Martijn Westerholt: (laughs) Yeah, because it’s not really concretely like “oh, I feel inspired by what they do” and then I do it too or something. That doesn’t really happen. We do show each other what we are currently making, you know, but that’s kind of it. So, yeah I think – it’s for me at least – it ends there, but when I heard the song “One Second” I could really recognize that typical element in there.

Charlotte Wessels: Yeah, similar. I mean there are certain bands which are often compared with us, and a lot of them I used to listen a lot too, like Within Temptation. Before I was in Delain I had gone to every show that I could. I’m not going to say that I’m not a fan, because I am, but as long as I know that people compare us a lot, I tend to not listen to them too much in order to not be influenced by it subconsciously, you know what I mean? Like I tend to listen to more bands that have absolutely nothing to do with us when we are writing, because it kinda keeps you fresh in a way. So I am absolutely sure that their latest album is very inspiring but yeah, I haven’t listened to it too much. (laughs)

MyTouche Blog: We felt like that the sixth song on the album, “To Live Is To Die” is some kind of line between the first and second parts of the album.

Charlotte Wessels: We didn’t do that intentionally, but I can see where the idea is coming from, because it’s kind of a bridge between the more poppy part of the beginning of the album and the more symphonic part. So yeah, it does kinda function as a bridge if you look at it that way.

Martijn Westerholt: Yeah, it has this electronic theme in there and it also has it’s orchestral middle part and choir. Now that you’ve mentioned, it makes total sense. (laughs)

MyTouche Blog: The first verse of “Legions Of The Lost” is in Latin. Where did that idea come from?

Charlotte Wessels: So when Martijn wrote the first part of the “Legions Of The Lost” he programmed the choirs and I think that was Latin lyrics, right?

Charlotte Wessels: Then we did actual choirs and I didn’t want them to sing just anything, but on the other hand the Latin sounded very… You know how it sometimes adds a bit of mystery, when it’s not a language that you speak yourself, and also because it felt old. For me, it adds extra weight to the sound of the choir, so I went dusting off Latin and looking for phrases and words from old poetry. It really fits with the theme of “Legions Of The Lost”.

MyTouche Blog: Your brand new video for the song called “Ghost House Heart” just came out. Can you share with us some details and behind the scenes stories about the shooting?

Martijn Westerholt: Well, we’ve done it in December in Liverpool. We, me and Charlotte, went there. It had it’s own victorian vibe, you know. It was an old house, it was even a haunted house! And this mid-December period is a really dark time outside, it gets dark really early and all, and it was cold, but this really fitted the vibe. I really-really liked that. I didn’t even dare to go upstairs, Charlotte did, she was braver than me. (laughs) I stayed downstairs.

MyTouche Blog: What do you think, which song will be the most successful from the upcoming album?

Charlotte Wessels: I think “Masters of Destiny” has already proven itself to be quite successful along with “Burning Bridges”. Actually I feel that “Legions Of The Lost” could be very popular too. Martijn and I came to the conclusion that we both really like how “To Live Is To Die” and “Creatures” turned out. But yeah, time will tell which one is the most present track on the album.

Martijn Westerholt: It depends on a little bit if you look at it from a live perspective, or if you look at it from an album perspective, because those are completely different. There are songs which are very popular when we play them live, but those are not necessarily the most popular on streaming services. It also depends a little bit on that. I think the record point of view “Masters Of Destiny” could really be a candidate for that, but yeah, we have to find out. 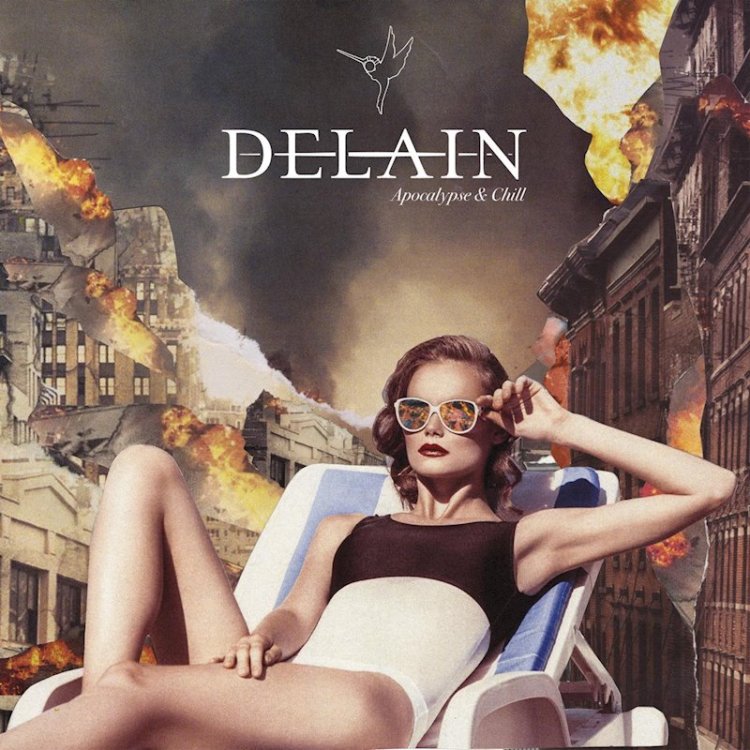 MyTouche Blog: And what is your personal favorite track from the album?

Martijn Westerholt: That’s also a difficult one. Yeah, I like “Creatures” and “To Live Is To Die” very-very much, and just how they turned out I also really like very much.

Charlotte Wessels: For me, it’s probably “Legions Of The Lost” and “Masters Of Destiny” following up.

MyTouche Blog: And the last one is coming: please, describe the album in five words!

Martijn Westerholt: Yes, and then…

Martijn Westerholt: Then I say electronic.

Charlotte Wessels: And then I say apocalyptic!

Click on the photo below to pre-order your copy: