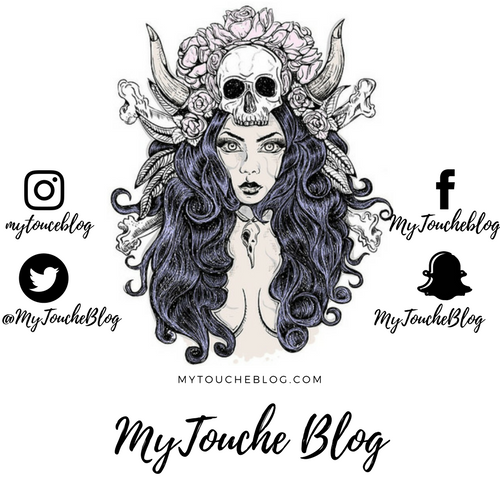 Behold the Void was formed in 2015 when Daniil Kaverin (vox) met Evgeny Novoseltsev (guitar), Roman Vasilev (guitar), and Artem Kobachevsky (bass). The band started to search for a specific atmosphere and sound they wanted to hear in their music. As a main genre guys picked deathcore, however, the great part of inspiration also came from djent, downtempo deathcore, and black metal.
After 2 years of work, the band came up with the first single called ‘Endless Hunger’ which was released in September 2017. The song has embodied band’s aspiration to achieve the desired sound – a mix of heavy-dropping guitar riffs enveloped in blackened ambient guitars. All of it was accompanied by lyrics revolving around topics of human misery in a universe-scale existence and craving for the understanding of being.

At the beginning of 2018 ‘Black Mass’ EP was released. This piece included the first single together with 4 new songs, mixed and mastered by Amin Shadmanov. The EP was warmly received by listeners in different parts of the globe. So the band started to work on a new album.

The first sign of the upcoming album was revealed with a debut music video called ‘Into the Bliss’ directed by band’s friend Michail Shotashvili. The single, as well as the rest of the album, was mixed and mastered by renowned musician and sound engineer Buster Odeholm (Humanity’s Last Breath, Vildhjarta) whose expertise helped to reach the best sound possible.

September 2019 Behold the Void released their second single called ‘The Light’ which continued dark fashioned way to achieve the depths of insanity and despair. Here’s the time to know more about this band – so here’s our interview with the vocalist, Daniil Kaverin.

“Well, it all started with me, meeting the guys – Evgeny and Roman – in 2015. All of us were making our music at the same studio as our friend and current bassist, Amin. Basically, he introduced me to them when I came for another vocal cover session. At the time they had some material which they were going to release but when I joined them, we decided to change the conception of our band to something more dark and heavy. It took us quite a while before we managed to record and release our first EP.”

“In my opinion, most of the band’s names reflect their nature at some point, I mean the nature of people doing it, and maybe their initial idea about things they’re going to make when they form a band, so that is quite an interesting topic. Take us for example, we picked that name for two reasons. First of all, in the beginning, we’re going to make music and lyrics closely related to the understanding of our universe and the human place in it, and that’s exactly what we did on our first EP Black Mass. So in our opinion the phrase Behold the Void expresses this better than anything. And the second reason was that this phrase just sounds epic and mysterious!”

“I guess all of us love different bands and listen to different music. If you ask Amin, for example, he would tell you that he is a fan of metalcore bands such as Stick to Your Guns and As Blood Runs Black, he also loves Linkin Park, I just had to mention that! Evgeny who writes our music was heavily inspired by Vildhjarta, Humanity’s Last Breath, and Behemoth. Roman listens to new school rap, that’s all you need to know! To be honest, it’s hard to define that specific source of inspiration because there are thousands of little pieces of music scattered across completely different genres and each of those pieces is able to cause so-called goosebumps.”

“Actually, our music-making process is quite simple. Evgeny writes all music and we together decide whether it should stay as it is or some changes has to be made. Lyrics are completely on me.”

“Not so bad as it damaged touring bands but still we had to add some unfortunate changes to our plans. The main problem we have at the moment is that we can’t produce our merch and CDs. We prepared an awesome design for our new t-shirts and a very tasty CD package including an art-booklet and additional materials, but all of this has to wait until all restrictions are going down.”

Full album on the horizon?

“Well, it’s coming quite soon! Pre-order has already started and the album will be out on 25 of June. I would describe our new album as a mix of heaviness and melody. Sometimes it’s pretty heavy and consists of crushing breakdowns, but after it comes to a pacifying melody which drives you away but not too far just to be able to smash you again. The main topic of the album is the slow and inevitable disintegration of a person, in other words, madness. The state in which you cannot control your thoughts and desires like they are not yours in the first place. Anyway, it’s better to dig it on your own. (smiles)”

“The fun fact is that trolling is a good long tradition in our band, sometimes it can be rude but it’s still funny to us and we also love to taunt each other. So once, we’re standing outside our studio and a woman approached us asking if we had seen the dog she was looking for. We told her that there was no dog except for Roman (our guitarist). Her reply simply killed us, she said: ‘So you saw him! Where did he go?’ Her dog was named Roman, just like our guitarist.”

Please support the band by buying their music – just click on the photo below.